Linux infrastructure has long been my primary professional interest with security a close second although lately that balance shifted toward security. I started using Linux in the late `90s and have been a Linux systems administrator for almost that long before switching my focus to security.

Currently I am the President of Purism, a company that creates computer hardware and software focused on privacy, security, and freedom. In the past I've automated myself out of jobs in a number of industries including fintech, enterprise security, mobile applications, telecom, and direct marketing.

Outside of my day job I do quite a bit of technical writing. I have written books for Addison Wesley, Prentice Hall, and O'Reilly including Linux Hardening in Hostile Networks, DevOps Troubleshooting, The Official Ubuntu Server Book and Knoppix Hacks, among others. I also wrote a monthly column for Linux Journal magazine for many years. My most recent writing can be found on the Purism blog. You can see a complete list of my writing credits on my personal bibliography.

I also do a lot of public speaking on Linux and security including a keynote at SCALE 11x and FOSDEM and talks at the O'Reilly Security Conference in Amsterdam, BSidesLV, OSCON, CactusCon, Linux World Expo, Penguicon, and many Linux Users' Groups. You can see a complete list of my presentations including slides on my talks page.

I maintain a personal mastodon account @kyle@librem.one and a twitter account, @kylerankin where I split my time talking about professional interests and personal hobbies. I also lurk on a number of IRC networks including #linux on the Ars Technica IRC server. In the past I served as president of the The North Bay Linux Users' Group for nine years. 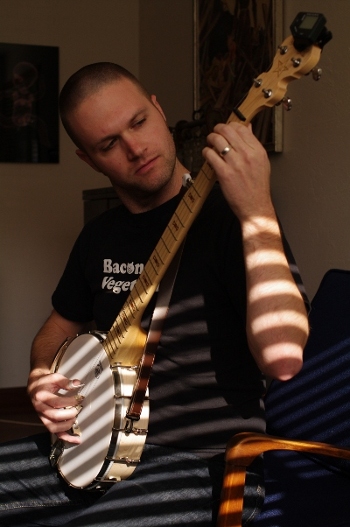 I was born and raised in Kentucky and moved to Northern California around the time of the original dotcom crash, which was probably the worst time to move to the area professionally speaking. Things turned out just fine and I still live in that area now with my wife, son, two cats and some chickens. I have been a Christian since an early age and regularly attend a local non-denominational church.

Over the years I've developed quite the collection of odd hobbies and interests. I guess I just like to learn new skills and so my current collection of hobbies (in alphabetical order) includes:

3D Printing: I've been interested in 3D printing for years and was part of the original Printrbot kickstarter. I now have a Printrbot Metal Plus and I've printed all sorts of things from countless toys for my son, a replacement part for my dishwasher, paper towel holders, a Halloween mask, T-Rex skeletons, a full-sized ukulele, and other odds and ends for the house.

Baking: This is a relatively new hobby for me. Up until recently my baking has been limited to Southern-style buttermilk biscuits from scratch and the occasional batch of cookies. After watching the Great British Bake Off series, though, I decided I wanted to try my hand at croissants and so I followed the traditional multi-day process of making laminated dough. The croissants turned out great and I think next time I'll make a double batch and experiment with filled pastries.

Banjo: A few years ago I decided I wanted to learn to play a new musical instrument, but I wanted to learn an instrument that was a bit less mainstream than a guitar and less hip than a ukulele. You can blame it on my Kentucky roots I suppose but I picked the banjo and currently own a couple of Deering banjos, a Goldtone "Plucky" travel banjo, and a Goldtone banjola and play a wide variety of styles including bluegrass, blues, Beatles and Bach.

BBQ: One down side to moving to California is that it's not easy to find good barbeque. Out here it seems most people throw some ribs or tri-tip on a grill for an hour or two, paint them with sauce, and then hand them to you with a knife and fork (you'll need 'em). Over the years I've learned how to replicate some of the BBQ I've had in the South and can make respectable St. Louis-style pork spare ribs, pulled pork, beef spare ribs, and all of the other standard barbeque fare (I make passable brisket).

Brewing: I started brewing a number of years ago just because I found the whole process and science behind it fascinating. I pretty quickly moved to all-grain brewing and with help from my Linux-powered fermentation fridge I've been able to make some consistently tasty beer. With the dramatic increase of craft beer prices over the last year or two I've found myself brewing more often.

Charcuterie: I got into curing meat a number of years ago as a sister hobby to BBQ and so far have made quite a bit of bacon, smoked salmon, and one year cured a maple-glazed holiday ham. I've dabbled a bit into making sausage but casing sausage is more effort than I find is worth it. In the future I'd like to make salami and slow-cure a country ham.

Classic Cars: California weather makes driving in a convertible pretty ideal and the dry climate helps keep rust at bay. I wanted to learn more about car repair so I bought a 1970 Karmann Ghia convertible and when the weather is nice (and it's running) I like to drive it around with the top down. The car is pretty easy to work on and so far the most extensive work I've done on it is replacing its mechanical fuel pump and starter. 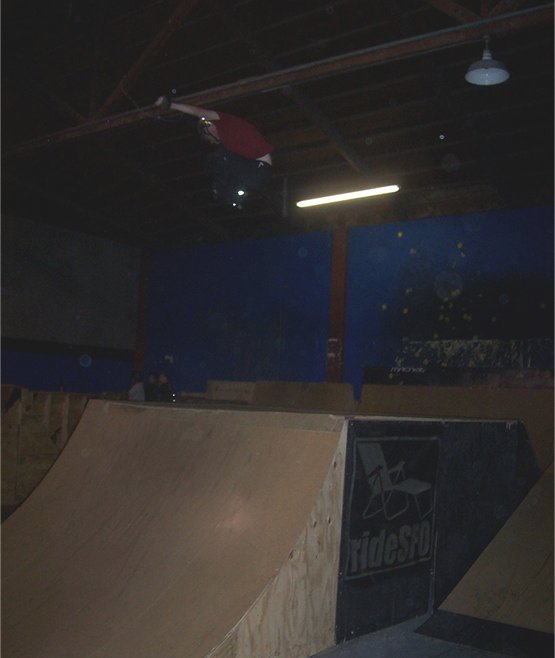 History: I started getting into reading about history probably due to the Hardcore History podcast I used to listen to on long commutes. After reading a number of books on World War I, I realized they were making all of these references to the Napoleonic war. Then I read a book on the French Revolution and Napoleonic wars and realized they kept making all of these references to the Roman empire. So then I read an 8-volume edition of The History of the Decline and Fall of the Roman Empire by Gibbon and realized he keeps referencing prior civilizations so now after reading that I've started reading the 11-volume Story of Civilization by Durant.

Home Improvement: One of the joys (and burdens) of home ownership is that when things break you can either fix them yourself or cut a check. I always wanted to learn how to do basic carpentry, plumbing and electrical work and given I bought a fixer-upper I've had plenty of opportunities to learn. I've done everything from hang sheetrock to laying engineered hardwood floors to a full bathroom remodel from tiling to replacing a bathtub and toilet to moving plumbing fixtures.

In-line Skating: I've been skating since my teens, although I skate much less these days. While I also played a little street hockey in my youth most of my skating was focused on doing tricks both with street skating and at skate parks. Over the years I've managed to learn quite a few tricks from various grinds to misty flips. Also apart from partially dislocating both shoulders I managed to get by relatively unscathed.

Linux: Linux and Open Source software were interests of mine long before they became my career. I'm really fortunate that I'm able to make a living doing something I do at home for fun. I maintain a number of personal servers including the server behind this web page, my own email server, DNS, and a number of other services. My home network has had all kinds of different hardware including a 24U server cabinet with 1U servers and networking equipment. Lately I've simplified things a bit and favor low-powered ARM computers for my home network.

Shaving: This is more an interest than a hobby I suppose since men generally either shave routinely or have a beard. In my case I started getting interested in shaving with safety razors and straight razors probably as a side effect of my interest with Linux and opposition to proprietary vendor lock-in in software. I used to shave with Mach 3 razors but the cost per blade started getting ridiculous plus every couple of years it seemed they created some new backwards-incompatible razor with a new, even more expensive blade. I rejected all of that and moved to $0.08/blade safety razors. While I've shaved with straight razors and could save even more money with them, the upkeep on straight razors has caused me to shy away from it so instead I shave with a rotating set of vintage razors from Gillette adjustables like the "Fat Boy" and "Slim" to vibrating Stahly "Live Blade" razors. I use a badger hair brush with shaving soap that tends to last me a year or so per puck, and I buy packs of 100 Derby razors from Amazon every couple of years. 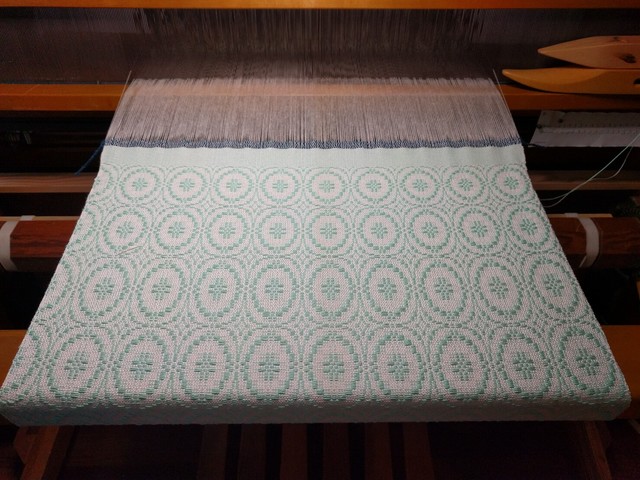 Shooting: Firearms are a pretty controversial interest (at least here in California). While some people get into firearms by way of interests like hunting or for personal protection, in my case, one day I got the opportunity to inherit a firearm from a relative and I realized that I felt intimidated even being in the same room as the gun even though it was unloaded. I didn't like feeling intimidated by an unloaded gun nor ignorant of how to use it safely, so I decided I should learn how to safely operate and accurately fire the standard kinds of guns one might come across. So every now and then I'll go out to the firing range and fire some rounds. I imagine if I hadn't already shot a compound bow in my teens you would probably also see archery on this list.

Speed Cubing: I've played with Rubik's cubes since I was a kid but could consistently solve only one side without a book of instructions. Recently I decided I'd like to learn how to solve the whole cube by myself and got into speed cubing. It took me about a day of practice to solve a cube from memory using the Fridrich method. Now on a good day I can solve one in under a minute.

Weaving: I think I first started getting interested in weaving as part of my mechanical calculator hobby. In doing research I discovered that the Jacquard loom was considered the inspiration for Babbage's Difference Engine and more modern punch card computers. I started with a rigid heddle loom, and then got a full-sized 4-shaft floor loom for free from a woman who inherited it from her mother and grandmother (both weavers). So far I've made a lot of scarves, a pillow, a rug, and some napkins. Weaving isn't nearly as popular as knitting at the moment, and a lot of the best books on the subject are from past eras of popularity in the 1920s, 1940s, and 1970s, and out of print. I've been able to source quite a few of them online and am starting to build quite a library.